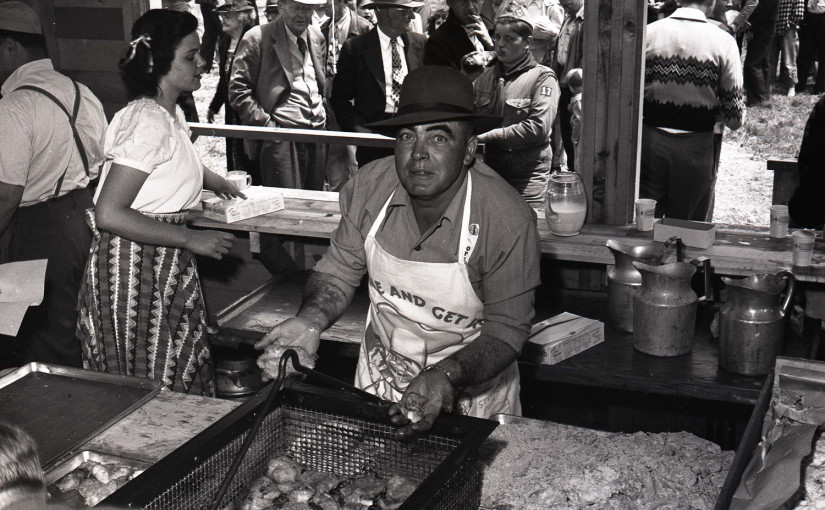 The Chamber of Commerce fish fry was the highlight of the July Fourth celebration in Bandon in 1949, according to the Bandon Historical Society.

The “Coos Bay Times” sent a photographer to record the event. The Coos History Museum shared that photographer’s pictures with the Bandon museum.

A flip board display at the Bandon museum illustrates the holiday.

The “Western World” for June 6, 1949, reported, “about 4,000 people received golden-brown fillets of French-fried deep-sea fish—about 1300 pounds of it—with compliments of the Bandon chamber of commerce, at the second annual free fish fry in the city park.”

“In addition to the 1,292 pounds of filleted fish, chamber members dispensed nearly 2,000 cups of coffee, with cream, from the new permanent fish fry building constructed for the event at the park,” continued the “Western World” article.

The building constructed for the 1949 fish fry is still part of Bandon’s City Park. 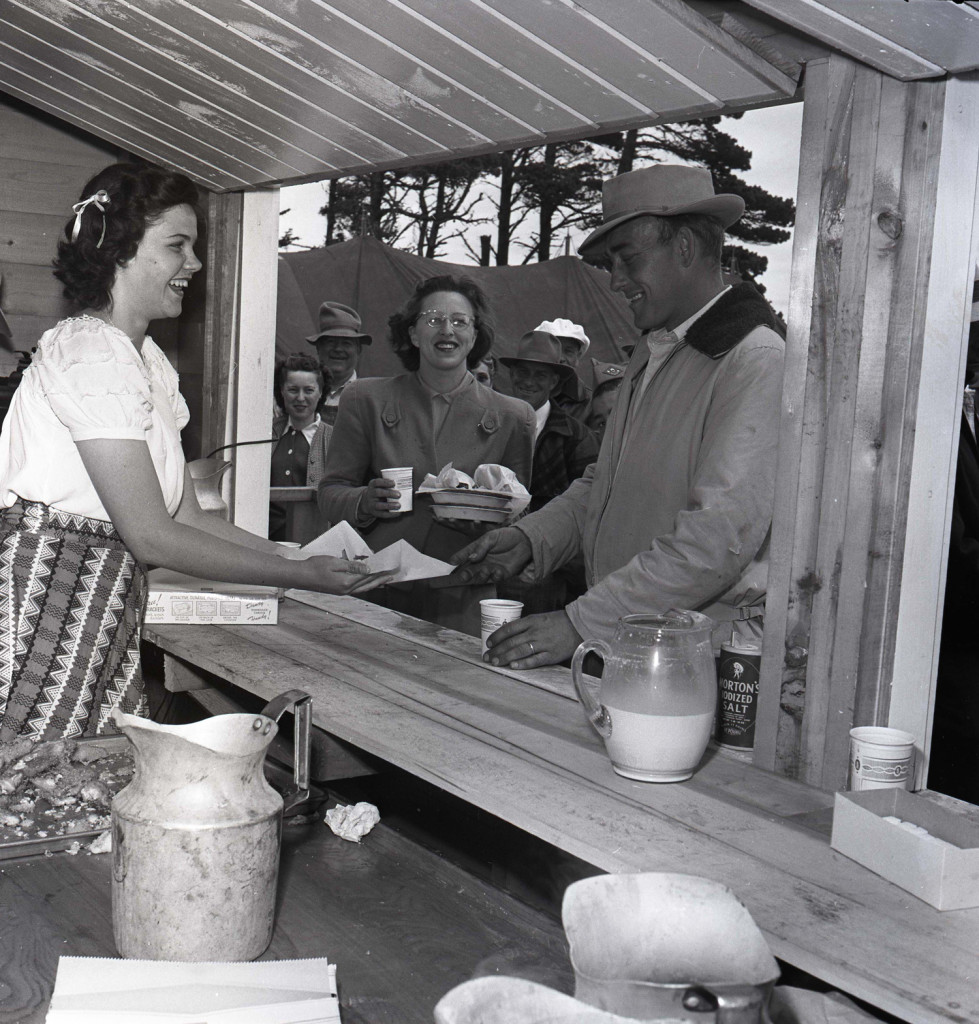 “All of the fish served was caught by a number of chamber fishing parties and held frozen for the event. Women worked with chamber committees in cutting and breading the slices of tasty fish,” reported the “Western World.” 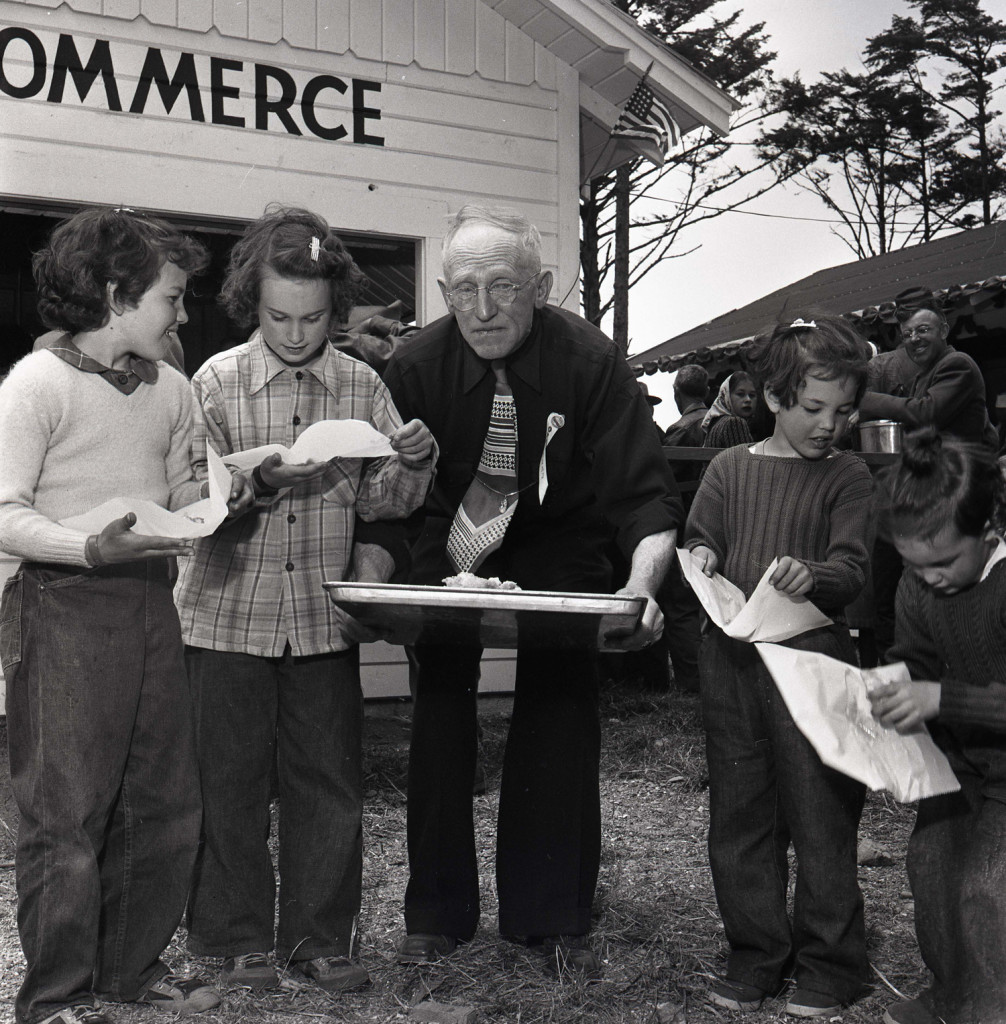 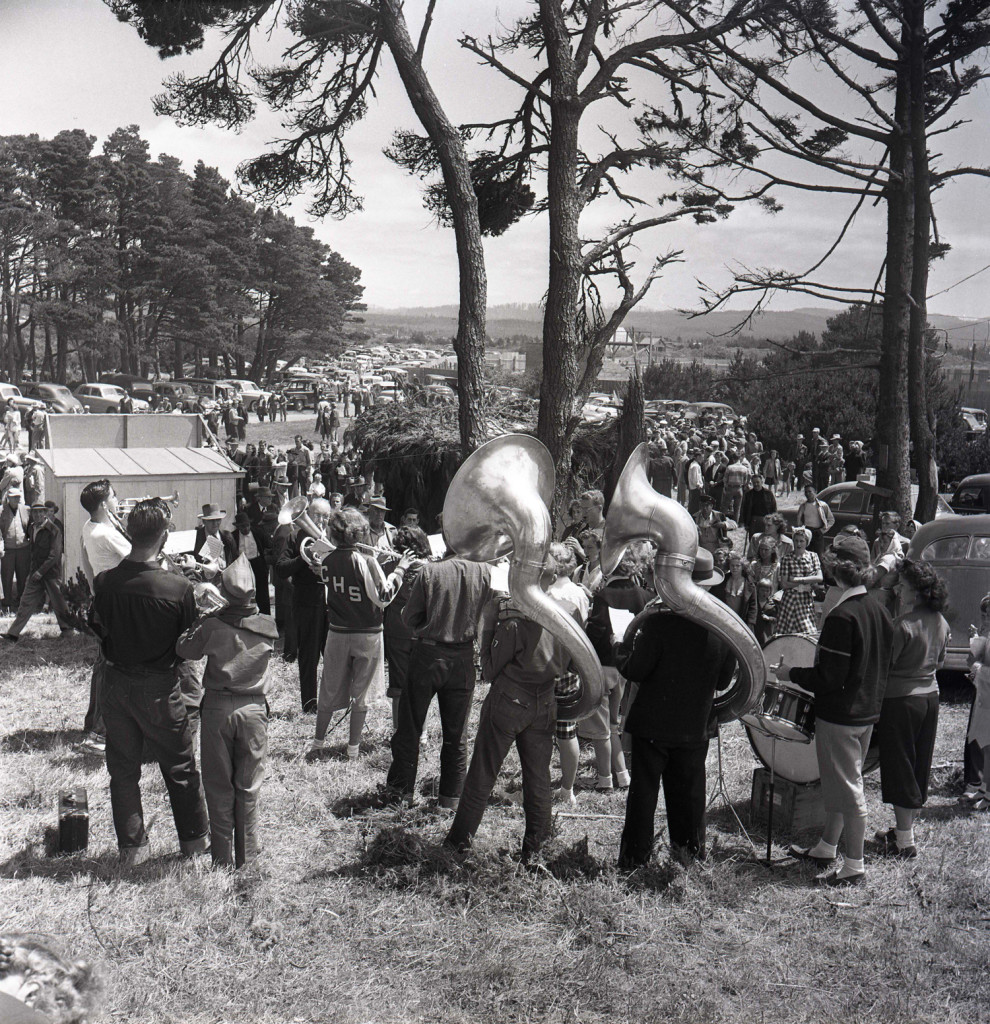 The fireworks display was launched from the bluff at the end of Eleventh Street.

“A gala 25-minute fireworks display at the beach bluff, which cost the chamber $10 per minute, was seen by thousands. The colorful pyrotechnics were augmented by many privately-launched displays at the beach,” reported the “Western World.”