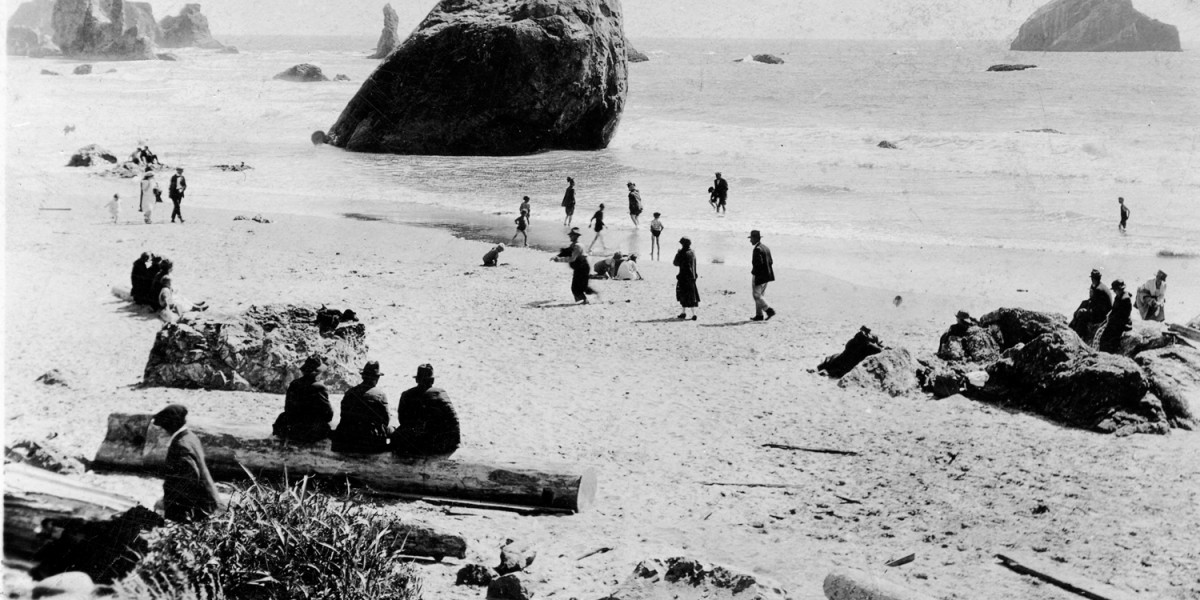 “Bandon Beachmen will meet Friday evening at the city hall. Bring parasols,” reads a notice in the August 28, 1924 edition of the “Western World.”

Though not exactly superheroes, the Beachmen were a band of caped crusaders who worked to promote Bandon in the 1920s.

A March 1925 special edition of the Western World included a picture of the Beachmen and adds a further description of what they wore to attract attention to Bandon’s beaches—“an original costume consisting of a bathing suit, a cape and a turban—set off by a reckless disregard for the formal requirements of social usage, and the whole topped by an umbrella designed for use much as a duenna uses a fan.”

The Beachmen were recruited from and sponsored by Bandon’s Chamber of Commerce. 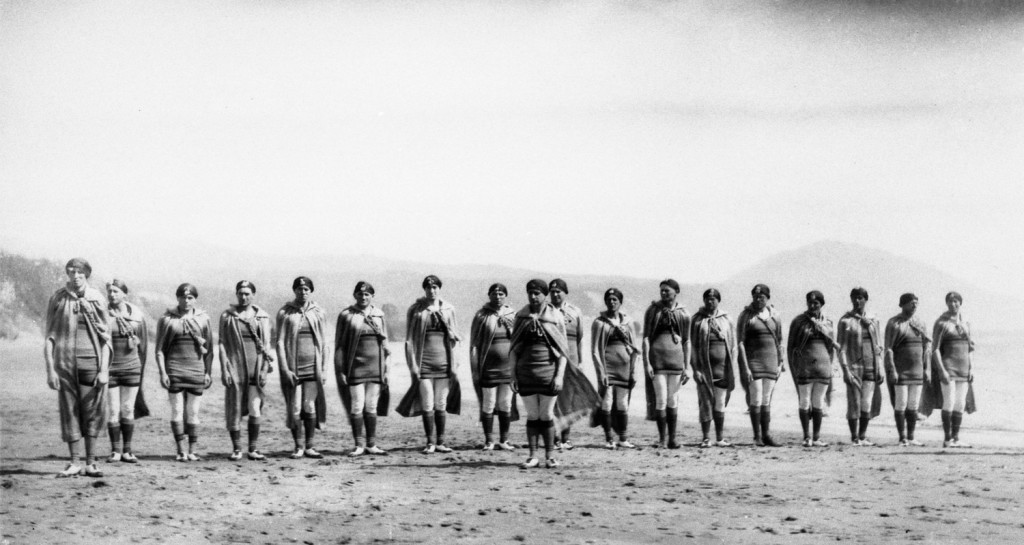 Though officially “The Beachmen,” the group was more popularly known as the “Sons of the Beaches.”

The 1925 “Western World” article goes on to toy with that more suggestive name. “The Beachmen have become widely known throughout the state as the Boosting Sons of Bandon Beaches, a title bestowed on them as a result of their being lineally descended from early settlers who made their living on the beach, and reared their sons in the image of frugality and virtue.”

The construction of the Roosevelt Highway, the precursor to Highway 101, in the 1920s brought new tourism possibilities to the coast and a new emphasis on tourist promotion.

A June 21 article in the “Eugene Guard” (it had not merged with the Register yet) is headlined “Bandon Beachmen Will Parade Here.” The article says, “Bandon will be well represented here during the ‘Trial to Rail’ celebration August 19 and 20 and the Bandon Beachmen, booster organization of the coast city, will take part in the parade.”

“Boosting” the town is a constant theme in the Bandon papers of the day and a common cry across America in the first two decades of the 1900s. 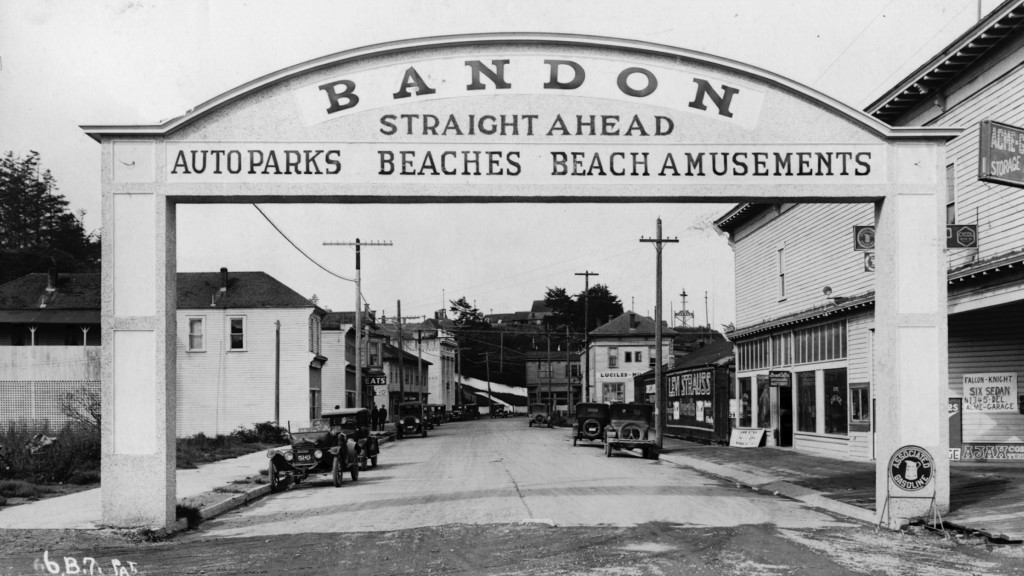 The Beachmen were members of the Oregon Hospitality club and were one of many groups competing for Oregon tourists. Said the 1925 article, “They have been received by royalty and by some people on the other end of the social scale—notably the Coos Bay Pirates who hold the Beachmen in high regard for their many amiable qualities.”

Early photos of tourists on Bandon’s beaches document that men really did wear the singlet style suits similar to what the Beachmen were wearing, though seldom with the knee socks and capes.