Major Happenings at the Capitol

DEQ Director Richard Whitman reiterated to a meeting of business representatives at the NW Environmental Conference that passage of the air toxics rules was the top priority of the DEQ over the coming months.
OSCC believes the proposed rules – the most stringent air quality rules in the nation – will be devastating to the manufacturing sector and others.  No other regulations we’ve seen in our years of advocacy has the potential to drive businesses out of the state or force them to curtail or shut down operations in Oregon as these proposed regulations do.
We highly recommend that members consider submitting comment to DEQ before the public comment period closes on Friday, December 22nd.
Sample comments can be found here.

Comments can be submitted to cleanerair@deq.state.or.us or by clicking here.

Cap & Trade Legislative Debate Simmering for 2018
Alongside the air toxics rulemaking, Governor Brown and legislative leaders will be pushing for Cap & Trade legislation in 2018.  Business will be mounting a vigorous defense against a system that will effectively raise taxes on Oregonians and businesses by $700 million per year with minimal, and perhaps even negative, environmental consequences.
Members are encouraged to review the following documents for the Cap & Trade debate:
Cap & Trade Issue Summary
Cap & Trade – Who’s Impacted
Cap & Trade Economic Study
Cap & Trade 1-page Message Document

Our insight for 2018 is that there will be a vigorous legislative debate, and both sides will run public relations campaigns tantamount to an actual ballot measure campaign.  But at the end of the day, we have reason to believe that there are not sufficient votes to pass a Cap & Trade bill in 2018.  While we believe that House leadership could potentially twist enough arms to squeak through a vote with a bare majority of 31 votes, it would be very messy…and then it would run into stiff headwinds in the Oregon Senate.

More Capitol Happenings & Why it Matters
We have reason to believe that Senate President Peter Courtney will appoint himself to succeed Senator Richard Devlin as Co-Chair of the powerful Ways & Means budget committee.  Why is this important?  Because it gives President Courtney total and unprecedented control of the Senate for the 2018 session.  Senator Courtney has been adamant about preventing another legislative overreach during the shorter 35-day session, and this allows him to impose his will in 2018.

House Revenue Committee Chair Phil Barnhart (D-Eugene) announced yesterday he would not seek reelection.  Why is this important?  Because Barnhart has been one of the most powerful progressive legislators who has shaped tax policy more than anyone over the past 8 years.  His departure is interesting for two reasons: (1) it potentially leaves the Revenue chairmanship to an equally progressive Portland legislator – Rep Barbara Smith Warner, and (2) it could lead to a very competitive open seat election in 2018 in a district that has gotten competitive in recent cycles.

Also yesterday, Denyc Boles announced her intention to pursue the appointment to the House seat being vacated by Rep. Jodi Hack (R-Salem).  Hack was a promising legislator who opted to take the position of CEO of the Oregon Home Builders Association.  Boles is a public affairs official for Salem Health.  Her announcement makes her the instant frontrunner for the seat.

The Bandon Chamber of Commerce provides legislative news for member information. For the latest Oregon updates, refer to oregonlegislature.gov.

Bog Trek! Boldly Go Where No Cranberry has Gone Before Welcome to the 2018 Bandon Cranberry Festival, presented by the Bandon Chamber of Commerce. Visit our […]
Read More

Prepare Oregon For An Uncertain Future 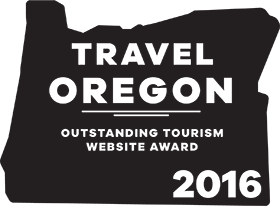 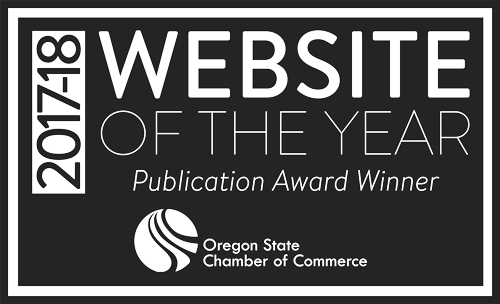